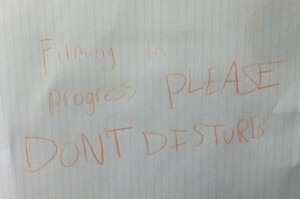 The leadership team of a small primary school situated in a relatively deprived estate in Devon expressed a desire to do something to re-profile how others from the surrounding areas view their community.  Suggesting that the most powerful driver for repositioning their community would come from allowing others an insight into life on the estate, we challenged a class of Year 4/5 pupils to facilitate this. 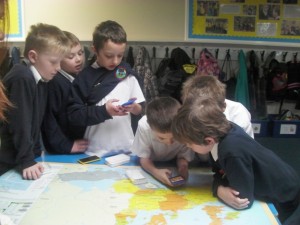 Not long after meeting them, we introduced the pupils to a neighbouring FE college where the staff and post-16 students taught the 8 and 9 year olds about filming techniques, ranging from different shot modes through to complex editing and story boarding. Each activity was designed such that pupils would be equipped with the skills they would need to produce and capture their own film which would showcase the hidden gems of their community.

Six weeks later, the red carpet was rolled out at town’s cinema, which raised the curiosity of many passersby. The film makers arrived first and, after a professional photo shoot, they were directed to their reserved front row seats. Nothing spectacular? Well… remember that this is the Year 4/5 class who filmed and edited their own movie in just over a month! 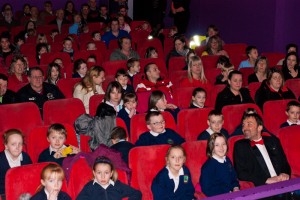 The film shows the protagonists talking about what they like doing around their estate and also interviews with members of their community, many of whom reflect on how the area has changed over the years. The cinema was filled by school staff and pupils, parents and members of the community.  The film was so popular the cinema had to have two consecutive showings. The day before the premiere, the film makers were interviewed by BBC Radio Devon which raised the profile of the school and its community and encouraged others to find out what all the fuss was about.

It all goes to show how much we may underestimate the capabilities of children. English and Foreign Languages teachers in that school are now using the iPods for their lessons, because this project alone showed them how combining technology in daily activities increases pupils’ literacy levels and self-confidence.