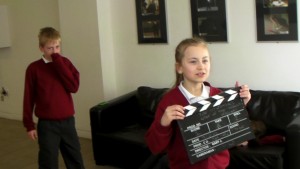 In January 2012 a London primary school embarked on an innovative project during which a class of Year 4 pupils were tasked with creating a short movie about their local area. The school acquired 30 iPod Touches and allowed children to take them home during half term so that they could spend their free time walking filming exciting aspects of the local area. Furthermore, the pupils interviewed various interesting local people for the purpose of their movie and even visited the media suite at the University of Hertfordshire where they tried their hand at being film directors, producers, sound technicians and actors. 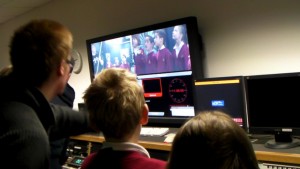 After they had gathered their material, they learnt how to use Windows Movie Maker in order to edit their video clips. They discovered how to cut, create transitions, do voice overs, add music and other tricks that made their final movie look very professional.

When the movie was ready, it was screened at the local cinema. The premiere was attended by pupils, teachers and parents alike who were all impressed by the great work that Year 4 had done. The Head Teacher said that they will be looking into running more of these projects as both the staff and children enjoyed working on this project immensely. This was also confirmed by the Head Deputy leading this project, who commented that children’s confidence has greatly improved along with their literacy and communication skills.