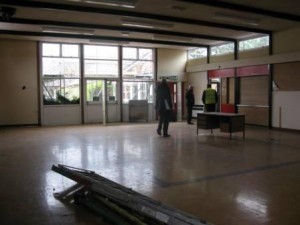 We worked on a conference with Special Schools in Northampton and kept in touch. One Head called us to say that she was concerned that her expansion project was proving to be too expensive. In fact, she had applied for funding to expand to 18 – 25 provision and had been given a disused special school – last used five years previously. 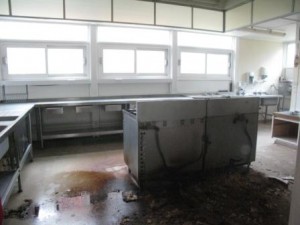 It was in a state of complete disrepair: the roof had failed, squatters had taken occupation, copper wires had been stolen, water and gas pipes were missing.  Her professional team had looked into condition, designed a solution and had ‘gone to market’ with a long specification of works to be tendered for. The costs were estimated at £1.5m, which was 50% over the school’s proposed budget and only allowed for a lick of paint around the building.

The call to us led us to advise that the project ceased, and instead we created a design brief (not a tender document) and organised our procurement route. 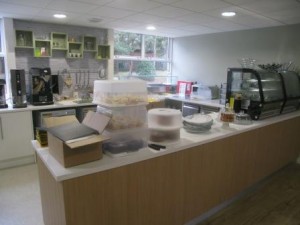 In that design process we all realised that a wellness centre attached to the Hydro-pool could and would create an income stream, as would a proper kitchen attached to a refurbished Hall with a separate cafe for visitors and students. Students would be able to generate income if there was a retail outlet for the products they make. Classrooms should be adult spaces allowing various communities to use the facilities.

We selected a small group of bidders suited to this type of this work. The entire project took exactly twelve weeks from start on site, and twenty weeks from initial design brief creation to first taking occupation. The top two photos show the state the building was in when the school took occupation, the others show how the spaces look now.

Costs were within initial budget for vastly greater use and quality.

More importantly taking behind the till on Saturdays (how often have you heard that combination of taking, till, special school and saturdays in the same sentence) regularly exceed £1,000.  The cafe is full.  Conferencing space is in high (very high) demand as the story spreads.  More (independent) masseurs are bringing their clients, the hydro pool is almost completely booked up and even more gratifying is that students are being offered jobs.  Proper jobs, by people who see what they do and are impressed. 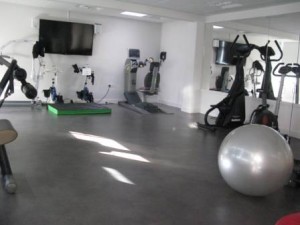 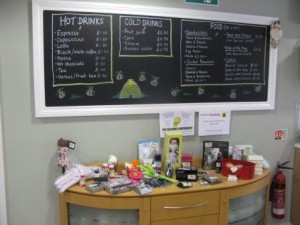 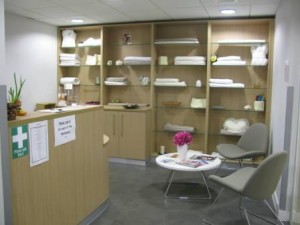