A half term surprise for staff 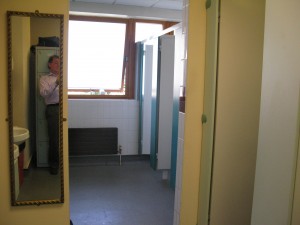 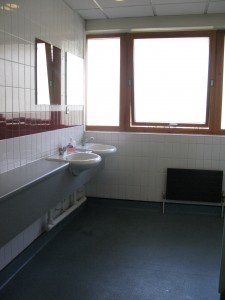 One of the secondary schools with which we are very friendly was going through a new build extension with a major contractor.  Things were running late, meaning that they would not be able to meet their deadlines – one of which was to decant some parts of the school to the new build areas.  This was bad enough, as staff had been operating in cramped conditions during the build and were now being asked to spend even longer.

The school runs a convivial and social staff area: for work, discussions, briefings and generally to encourage whole school and cross curricular conversations.  It hadn’t been touched and, frankly, the staff facilities (ie. loos) were ‘pretty bad’.  Clean, but bad.

So, in one of our usual discussions with the Head we thought that we should update the loos over the forthcoming (one week) half term break.  We ran, in our usual way (but this time under a cloak of secrecy with only the SLT) a competition – we needed new floors, ceilings, plumbing, storage facilities, floor to ceiling cubicles, decent handryers – the lot.  The main contractor said ‘totally impossible and unachievable’.

We love this sort of challenge.  We put the competition to fitout contractors used to working under tight timeframes, 24 hours per day if needed.  And they did.

The top pictures show the before: the last two the ‘after’.  Bespoke, VERY affordable, on time and exactly to budget. 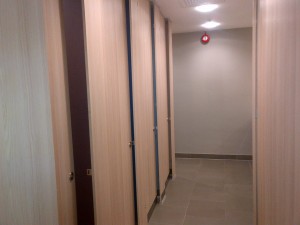 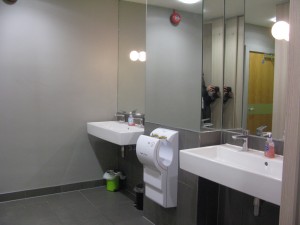 Staff were ‘beyond thrilled’.  They simply could not reconcile the speed and quality for something undertaken by their SLT against the ponderous, excuse-ridden work of a major contractor working through the council.

Achieve the impossible – give us a call.